What This Rose Says About Metalworking’s Past and Future 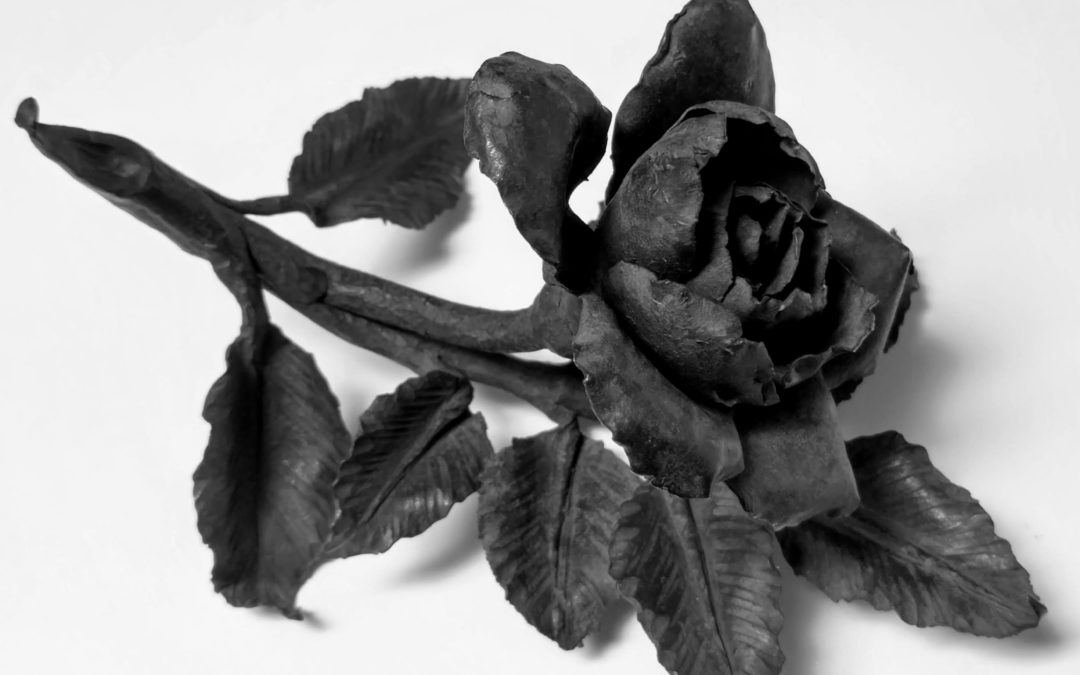 Winn Manufacturing is a machine shop with deep roots in metalworking. The photo you see here is of a metal rose that was made in 1914. I know this because it was made for my grandmother on her 10th birthday – and she was born in 1904. Her father, who was the COO of the Watervliet Arsenal until around 1922, gave her this rose.

As my grandmother explained, her father had forgotten to buy her a birthday present that year. When he went to work that morning, my great-grandfather told the foreman of the blacksmith shop about his dilemma and that he didn’t have time to leave the Arsenal grounds that day to go and buy a gift.

The foreman said he would have everything taken care of by the end of the day. The foreman then asked a blacksmith who worked at the Arsenal to make the metal rose. That’s how it became the gift my grandmother received from her father on her 10th birthday.

My grandmother told me this story 30 years ago when she gave the rose to me. She felt that since I’d been working in machine shops since I was 19, that I would appreciate the workmanship – and that maybe I was like her father because I work with metal. And I still do right here at Winn Manufacturing in Granville, New York (USA).

From Blacksmithing to CNC Machining

A relative who’s done a great deal of genealogy research contacted me recently about our family’s history. I showed him the metal rose and told him the story about how it became a birthday gift for my grandmother. As I did so, it made me think the past and future of metalworking and metal fabrication.

My great-grandfather had probably noticed the quality of the work that the Arsenal’s blacksmithing department was producing. Maybe he’d seen a collection of personal projects that these blacksmiths had created during their free time. Maybe he’d asked for the metal rose days or weeks before his daughter’s birthday.

We think a lot about metalworking here at Winn Manufacturing. Today, we’re experts in modern CNC machining but don’t know much about the old blacksmithing processes. Yet what we do know is that my grandmother’s rose required a great deal of skill to make and maybe more than a day to produce.

It’s hard to imagine that 104 years ago, one of the largest producers of armaments in the world had a blacksmith shop. Personally, I know the changes caused by CNC equipment because I’ve been working in machine shops for 45 years. But no matter what changes, the metal rose I received from grandmother will be treasured.

How will metalworking and metal fabrication change during the next 104 years? Will one of my great-grandchildren look at something I made and think “Wow, he didn’t print this! He cut that out of metal?”