Is it Worth the Extra Cost of an American Made Machine Vise Over a Chinese Competitor? 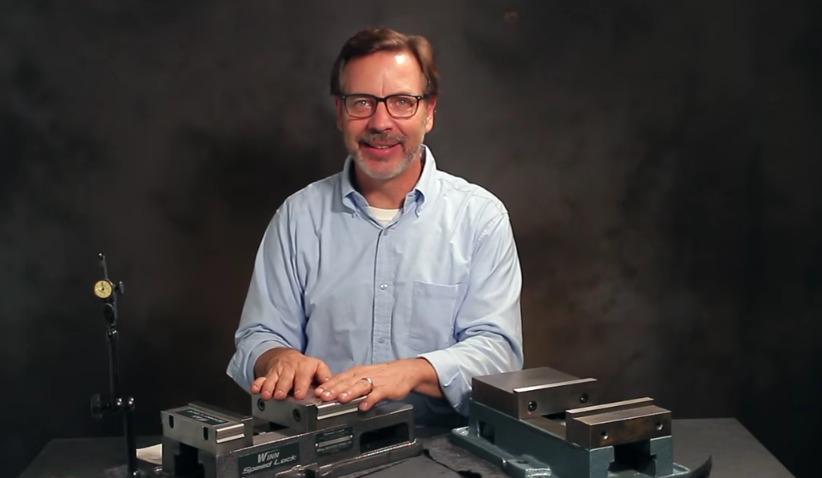 We recently contacted him to see what he thought of the Winn Speed Lock 6″ Vise and too see if he would agree to review our vise on his YouTube channel. He said that he liked the quick change vise jaw system that we have incorporated into the design and he would do at least one video of the vise if we sent him one. We made the decision to send him one, based on the number of views that his videos get. Most of his videos get over 10,000 views per month. So, for the cost of one of the Winn Speed Lock 6″ Vise, that is a lot of exposure in a short period of time.

Dale contacted me after he received the vise and had a few questions about the product and also wanted to verify that the vise is Made in the USA. He told me the basic outline of what he was planning for the video. I am a great believer in not getting in a successful person’s way. So, it is his channel and he is the one who has built the subscriber base and the large amount of views, so the only thing I asked him to do was highlight the quick change feature. Well, Dale posted the 1st of 3 videos on the Winn Speed Lock 6″ Vise and he received over 26,000 views in the first day!

In the first video, Dale compared the Winn Speed Lock 6″ Vise to a 6″ vise that was made in China. Needless to say there is no comparing the quality of the Winn Speed Lock 6″ Vise to one made in China. So the decision that needs to be made is, “Is the extra money worth it to you”? The Winn vise is a quality USA made product and checked out better on all of the features that Dale inspected.

In the comment section of the video, there were quite a few people being critical of Dale, because they stated that you can’t compare a product that has a cost of $660.00 (The Winn Vise) to a product that only cost $200.00 (The Chinese vise). But I think that you can compare the two products. The consumer that watches this video will need to make the decision whether the USA quality is worth the extra money.

I am looking forward to the next two videos. I know that one of them is going to highlight the ease of use of the quick change vise jaw system and hopefully that one gets as many views as the first has so far!